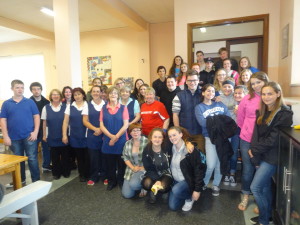 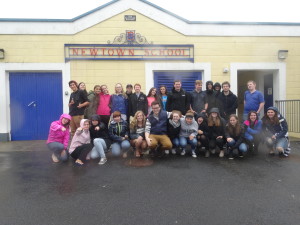 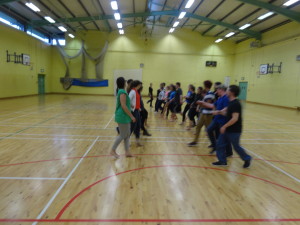 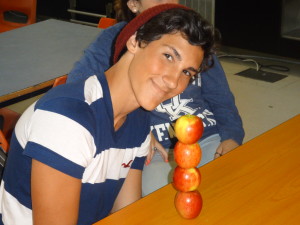 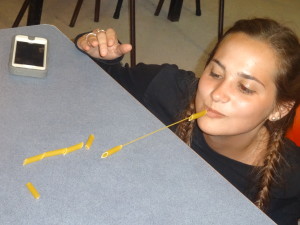 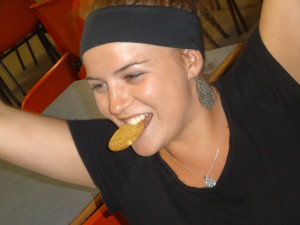 Today marked our last day in Waterford as we made the journey onto Dublin. We began our day with our usual class schedule. Miles taught about the great famine that occurred in 19th century Ireland. The students were shocked to learn about the masses of people that perished due to the potato blight and lack of food that was available. Shona had a very entertaining class that started with a popular song, Hold Back the River, by James Bay. She then played the song for the students again, but in Gaelic. Julia said she LOVED the harp at the end of the song. In Irish Studies, Taryn had a presentation on genealogy, which fascinated the students. Johanna said that learning her family’s coat of arms was so cool!

The students were sad to leave their first home in Ireland, but excited to discover a new city. A frequent question among the ILE’ers was, “Is there going to be WiFi at this place?” The staff said their goodbyes and gave gifts to the Waterford Kitchen Staff, John the Caretaker, and Hugh the Manager. One of our favorite adopted Irish boys, Eddie, decided to travel with us to Dublin. The students and staff were so excited to have him join us! We then loaded the bus to begin our voyage onto Ireland’s capital city. Many students caught up on some much needed rest on the two hour trip to the Big Smoke.

As we arrived in Dublin, the students’ eyes lit up as Shona pointed out the sights of Guinness Brewery, Phoenix Park, and Trinity College. The streets of Dublin were bustling with people and the students played a fun game pointing out the American tourists-spot the Yank. Shortly after, we drove down a long, tree-lined driveway to King’s Hospital, our new home for the next week. The girls were thrilled that they only had to share their rooms with one person and even got their own bathroom. Kelly exclaimed, “I’m so happy we get our own bathrooms! Cool, wow, awesome!”

The evening shortly arrived and the students ate dinner at half five and prepared for drama and dance. The students continued to work on their presentations on their Irish figures. It was great to see how much the students are learning and putting that knowledge into a creative presentation. We soon transitioned to dance with Counselor Casey. The students were doing so well with the skips and sevens, that Casey decided to teach them the Haymaker’s Jig. The gymnasium was filled with laughter as the students attempted the new steps. Kent, Miles, and Taryn even participated in the new dance, which led to even more laughter!

We ended the night with Kent’s evening activity-Minute to Win It. The students were split into teams of four. They had to tackle each activity in one minute to earn points for their team. In one activity, the students had to keep three balloons from hitting the ground. Robert was so dedicated to his team, that he dove to keep the balloon from falling. His team erupted with cheers for Robert! Liam was particularly talented at the chop sticks/chapstick challenge where he had to stack three tubes of chapstick using only chopsticks. He completed it in only 20 seconds flat! A new ILE record!

The students were exhausted by the end of the long day. Laura said she couldn’t wait to get into bed! The students were sad to leave their home at Newtown School, but were looking forward to starting their new adventure in Dublin. Onto the second lag of our trip! Up the Dubs!