Upon arriving to our first destination, Facebook International Headquarters, the kids were asked if they had a personal account on this particular social media platform. Ironically, the majority of the students did not, but it didn’t minimize their appreciation for the monumental force that is Facebook.

One of our 2004 alumni Eric Shadowens works here in Dublin, and we were pleasured with his company as we had lunch and toured through the facility. We indulged at the fantastic French inspired lunch. The cafeteria was set up as an all-you-can-eat buffet, including a salad bar, vegetarian and vegan area, and ending with a beautiful dessert bar. I was told by many of the students that it was some of the best food that they had ever had. We also had ice cream, after the tour, on the sky deck of the 6th floor. One of the employees giving us the tour, joked that the the “Facebook Fifteen, ” is unavoidable.

On the tour, we were guided through the multiple floors, being amazed with each level. Of course, we could not interrupt the daily work lives of the employees, but we toured recreational spaces. The design and thought that went into the office itself was remarkable. There were air purifying plants everywhere, plus very carefully constructed light and sound features.

At Facebook, the balance between work and play becomes blurred to enhance creative thinking. Our tour started on the upstairs level right next to a Lego wall where employees could spend time creating. Our students made their own marks too — writing their names, or just creating aimlessly.

To finish off our night, the kids delighted us with a talent show! We had so much fun joking around, as most of the acts were comically inclined. However, some of the students did an Irish Dance skit with the direction of Casey, and they have become surprisingly skilled.

Trailing the students, Eric rejoined us with his band-mates, Matteo and Eddy, for a session and they regaled us with traditional Celtic tunes. 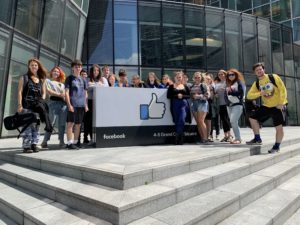 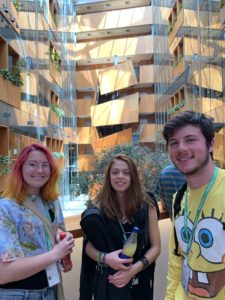 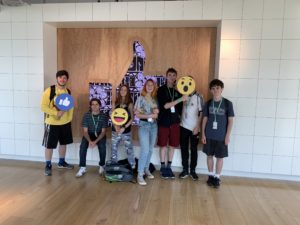 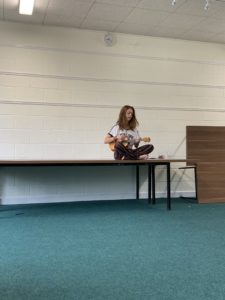 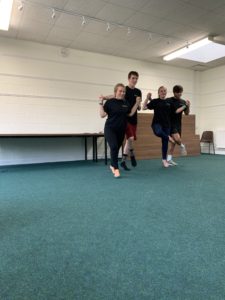 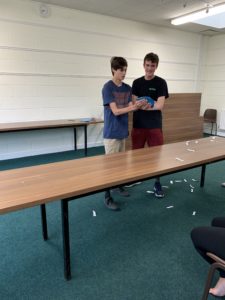 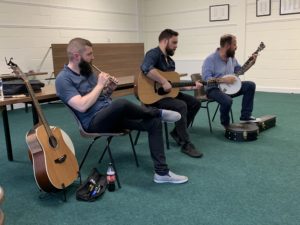