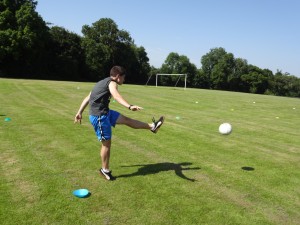 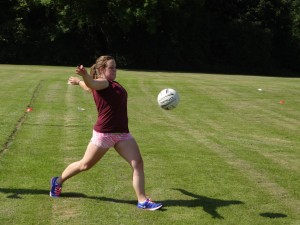 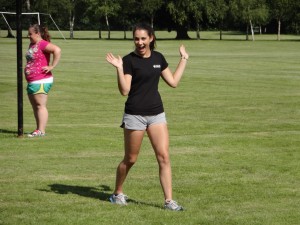 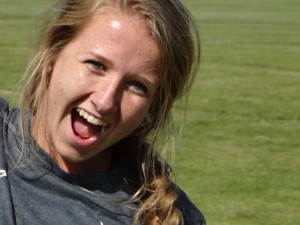 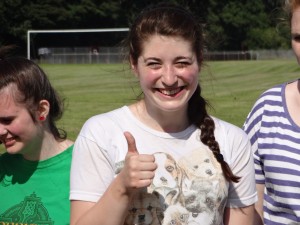 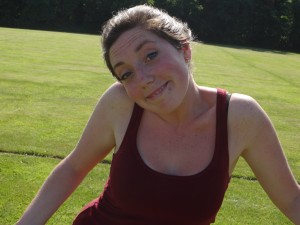 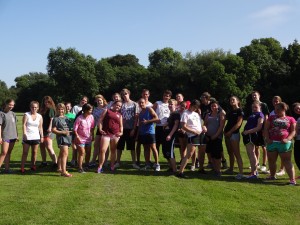 Angie treated the group to a workshop on WB Yeats and a little bit about James Joyce. Riley was left speechless (For once.) by the tale of Nora Barnacle.

In Irish American history, Dan talked about the role Irish Americans (In particular Thomas Francis Meagher.) played in the Civil War. Jaids was so proud to discover that the first Governor of her great state of Montana was an Irishman.

In Irish studies class, Taryn devised an Irish version of Family Feud. Chris and Tiernan were the real dark horses and for once Taryn hadn’t backed them to win.

Finally, and most importantly, Scones gave the Irish class their famous movies and by Thursday the groups will have acted out a scene in Irish. This is going to be epic-clear a space on your mantelpiece for the Oscar.

In the afternoon, (Which was one of the hottest days in Dublin since records began.) Scones and Dan ran a top quality Gaelic football workshop. The soccer and basketball players were at an advantage, but everyone joined in the game and the ILE Team was pleasantly surprised by how well people took to the game. Erica found it difficult at first, but by the end she really enjoyed it. Gallons of water were consumed with dinner and then it was straight into the Drama, where scripts were coming together for Saturday’s gala performance.

In Dance with Scones, “We danced it up to the Biebs,” apparently.

Our nightly dose of workshops ended with Angie’s Northern Ireland Workshop in preparation for tomorrow’s visit to Belfast. Angie managed to abbreviate the entire Troubles in the North down to 40 minutes, which heightened everyone’s anticipation of the visit to her hometown in the morning.

The theory then was that we would all have an early night before our 6am start in the morning, but we had the bonus of a King’s Hospital Ghost Tour. Mack stepped in to protect Sarah B. bravely saying, “Have no fear, I’ll be here.” Apologies for terrifying your kids half to death-the doctor has assured us that the heart attacks were relatively minor.