Yesterday marked the 50th Anniversary of Bloody Sunday in Derry, Ireland.  “We remember all those who died or were injured as a result of the atrocity of one of the darkest days for the island,” said Irish Prime Minister, Micheál Martin.

The devastating event took place during a period of increased tension between Catholic nationalists who wanted Northern Ireland to be united with the Republic and Protestant unionists who were loyal to the United Kingdom.  On January 30th, 1972, British soldiers fired at a crowd of unarmed protesters organized by the Civil Rights Association in what is considered one of the most defining moments of the Troubles in Northern Ireland.  Thirteen people were killed that day, one man later died of his injuries, and fifteen others were injured.

In 2010, a judicial inquiry found the victims were innocent and posed no threat to the military, while prosecutors announced that the only British soldier charged with murder would not face trial.  And still five decades after the tragic incident, relatives of those slain are still searching for closure in what they think is needed to heal a scarred society.

Yesterday, families held white roses and photographs of those killed and led thousands of people down the same route of the 1972 march.  Gleann Doherty, whose father Patrick was among those killed said, “It is fairly difficult to get any sort of reconciliation, when you feel the British government are simply trying to close the door on any possibility for justice.”

After living in Northern Ireland and traveling there often, I can say that while the bitterness still lingers and the wounds are still felt, there is a strong desire for a bright and peaceful tomorrow.  If you are interested in visiting Northern Ireland, apply for the Irish Life Experience or book a trip with Juniper Tours.  I would also highly recommend the Museum of Free Derry.  When I was there I experienced a positive, powerful, and ever so poignant tour from guides who were witnesses to Bloody Sunday that gave me hope.  The dove mural in the Bogside I took symbolizes the dark and troubled past emerging to the bright and promising future of the city we call Derry.  May we all learn this beautiful lesson to be accepting and tolerant of anyone’s religious beliefs, regardless if they are different than your own and pray that the families connected with Bloody Sunday will someday have the closure they need to heal.

This city is truly legen-DERRY, so book your tour and learn more about the troubled history that makes this city so unique. 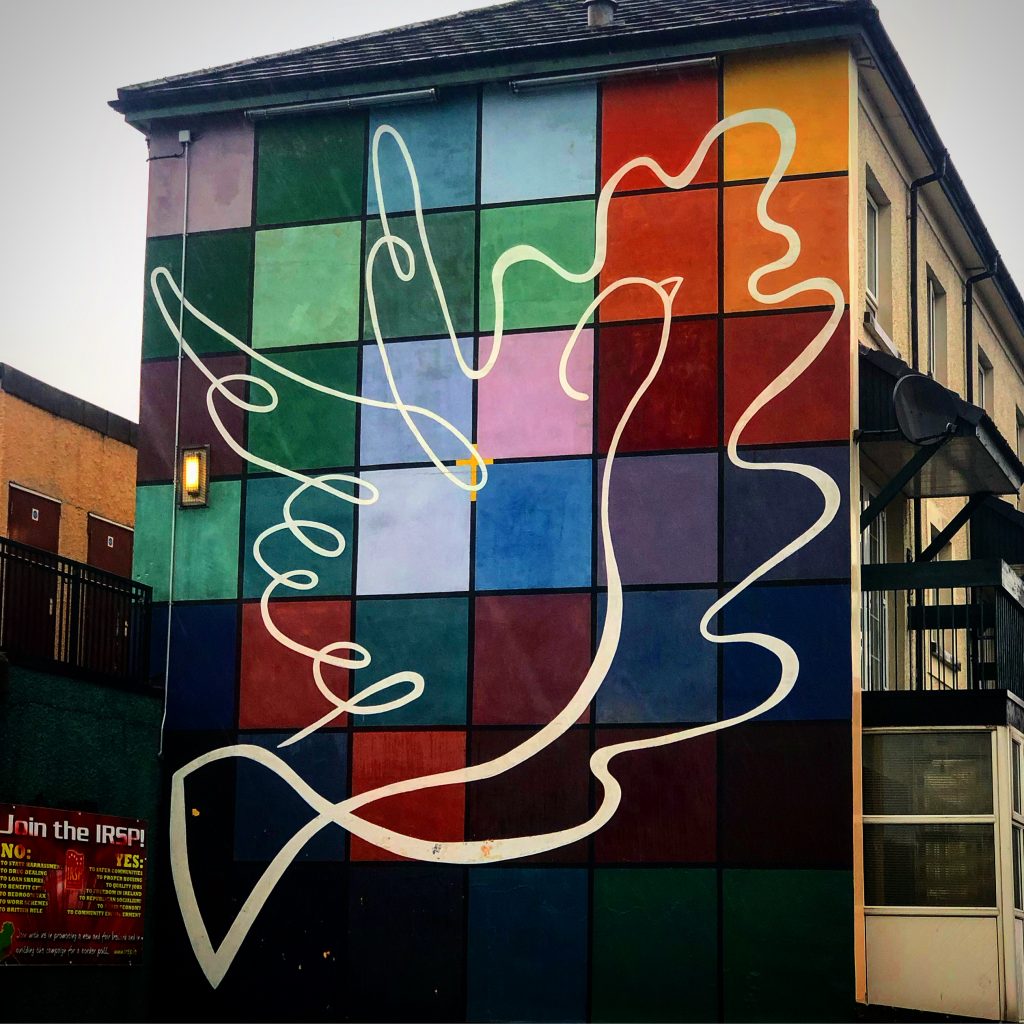