Despite a brutally early wake up and a short breakfast, this trip is universally regarded as one of the most exciting and rewarding days of the trip. The students immerse themselves in the beauty of nature in Northern Ireland. This is their first introduction to the Northern part of the country, which is technically part of the United Kingdom. However, if you ask Angie, she will deny such connection.

Our first stop was the famous rope bridge here links the mainland of Ireland to the tiny island of Carrickarede. To get to it, we walked along a narrow paved path that hugged the curve of the coast, bordered on each side with vibrant wildflowers and grasses. The kids were awestruck by the transparency of the sea and the air was deeply refreshing.

After the quick tour, Next up was the famous Giant’s Causeway. Legend has it that Irish hero Fionn mac Cool created the bridge to fight a giant in Scotland, but upon realizing his size Fionn ran back along the Causeway so fast it disintegrated under his feet.

The columns seen in the pictures below are naturally occurring basalt pentagonal formations. We spent extra time here to explore the tide pools and rock formations. The rocks being very slippery, many of the students returned back to the bus with muddy bottoms and wet shoes.

After all of the hiking today, the kids were rewarded with free-time in the small town of Ballycastle. They were given a stipend for dinner, and they were off to explore. Muddy, wet, and blissfully exhausted, we ascended the bus for a three hour bus ride back to Dublin. 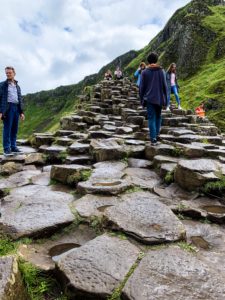 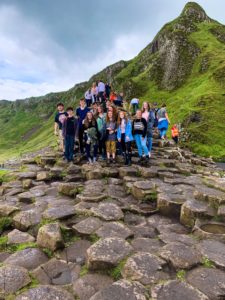 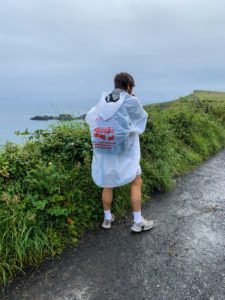 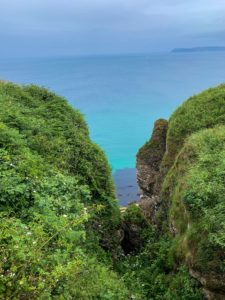 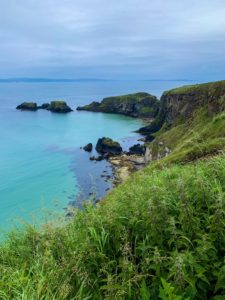 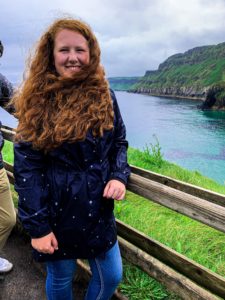 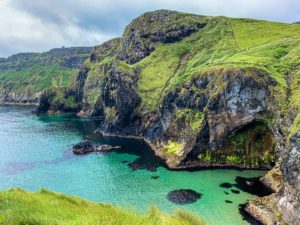 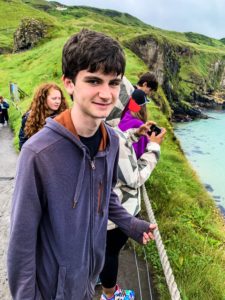 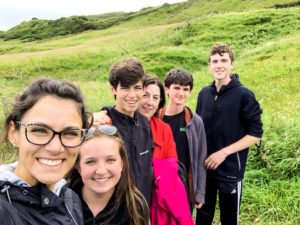